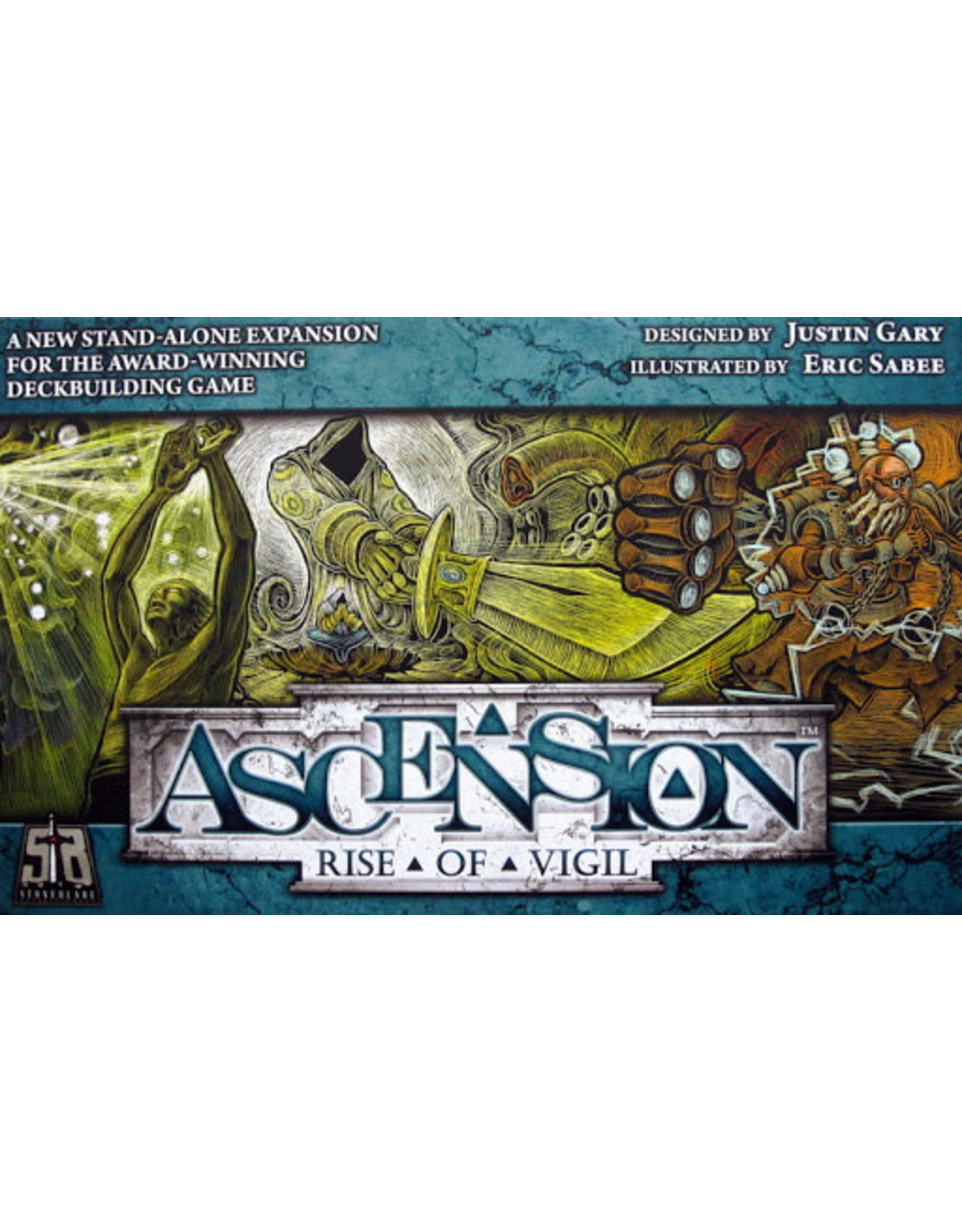 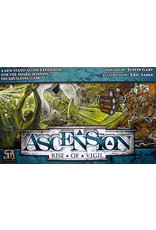 Ascension: Rise of Vigil is a deck-building game in which players acquire cards from a central pool, then place those cards in their discard pile to be shuffled into their deck for later use; creatures also show up in that shared card pool, and players can combat them to earn victory points (VPs) and possibly other benefits, such as the ability to remove less useful cards from their deck or to banish cards from the pool that others might find useful. The game ends once all the available VPs have been claimed or the shared deck of cards runs out.

Ascension: Rise of Vigil, part of the Ascension deck-building game series, is both a standalone game for 2-4 players and an expansion that can be combined with any other Ascension game to support up to six players.

Rise of Vigil introduces treasure cards to the game system, with all treasure cards in this set being "Energy Shard". When a treasure card is drawn from the shared deck, you place it in the empty space in the shared pool, then continue to draw until you reveal a hero, monster or construct to cover the treasure. When you acquire or defeat that top card, you also gain the treasure, which is added to your deck like the hero and construct cards. When you play a treasure from your hand, you immediately draw another card from your deck; more importantly, you can use the energy on these cards to activate special powers on certain heroes, constructs and monsters. (Non-treasure cards can also provide energy, but they are usually worth VPs whereas treasure is worthless aside from the energy.) The energy available on a turn can be "spent" more than once, so if you have, say, two energy, then you can power up all cards with an Energize cost of two or less.