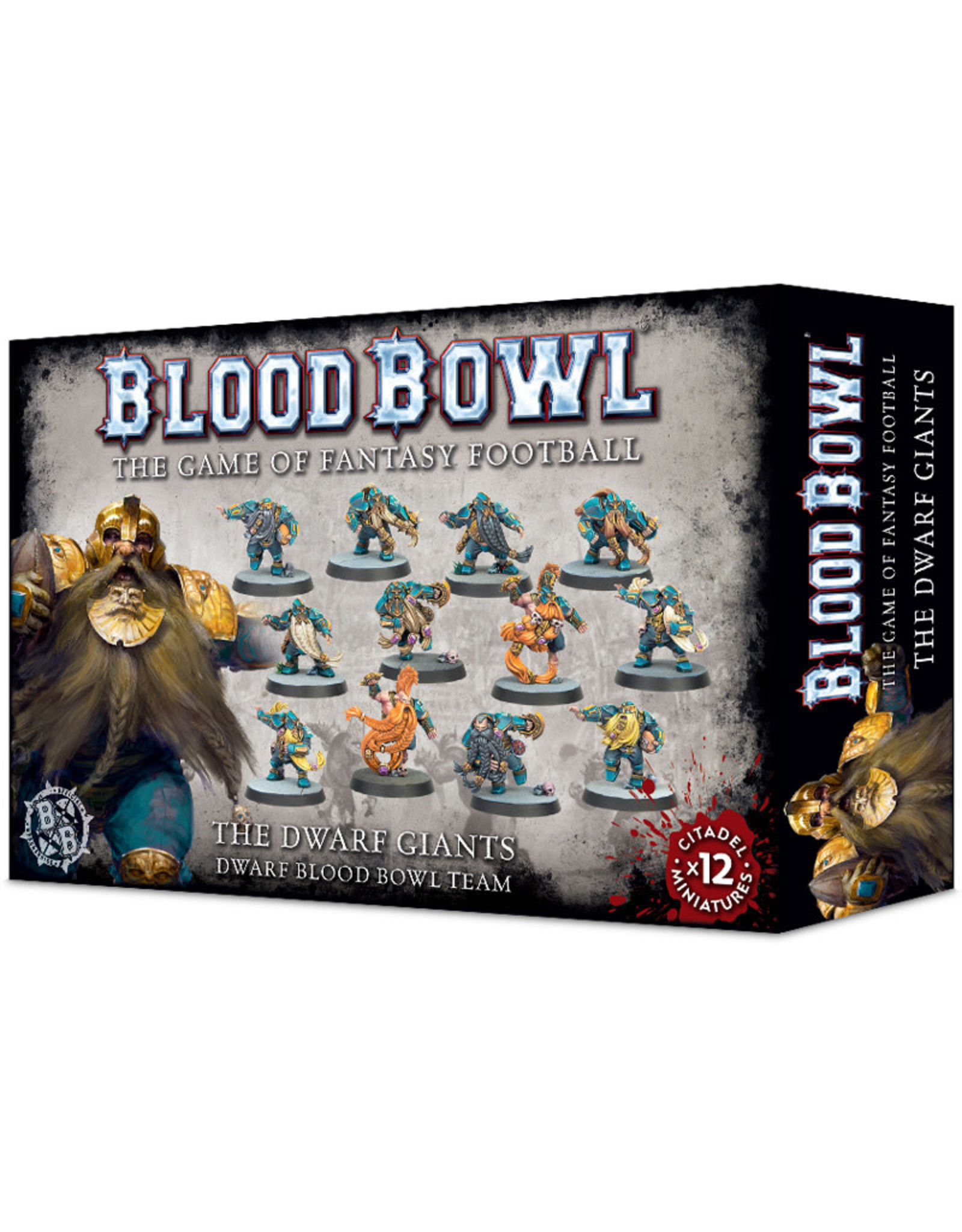 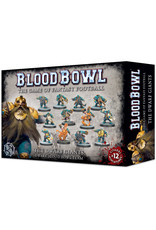 The Dwarf Giants are an old team with a very long and distinguished history. They were one of the original Blood Bowl sects, and have been present for every major development in the game’s history. In more recent times they have consolidated their talents and re-launched themselves as major players in the modern Blood Bowl leagues.

Field the Dwarf Giants Blood Bowl team on the pitch with this set of 12 plastic miniatures! In the box you’ll find 2 Troll Slayers, 2 Blitzers, 2 Runners and 6 Linemen, with alternative heads for the Troll Slayer and Blitzer, as well as 6 Dwarf balls, 2 double-sided score coins and 2 turn counters.

There’s also a decal sheet featuring symbols for the Dwarf Giants, and a 1,000,000 gp roster allowing a coach to use the team straight out of the box, and 12 32mm bases.