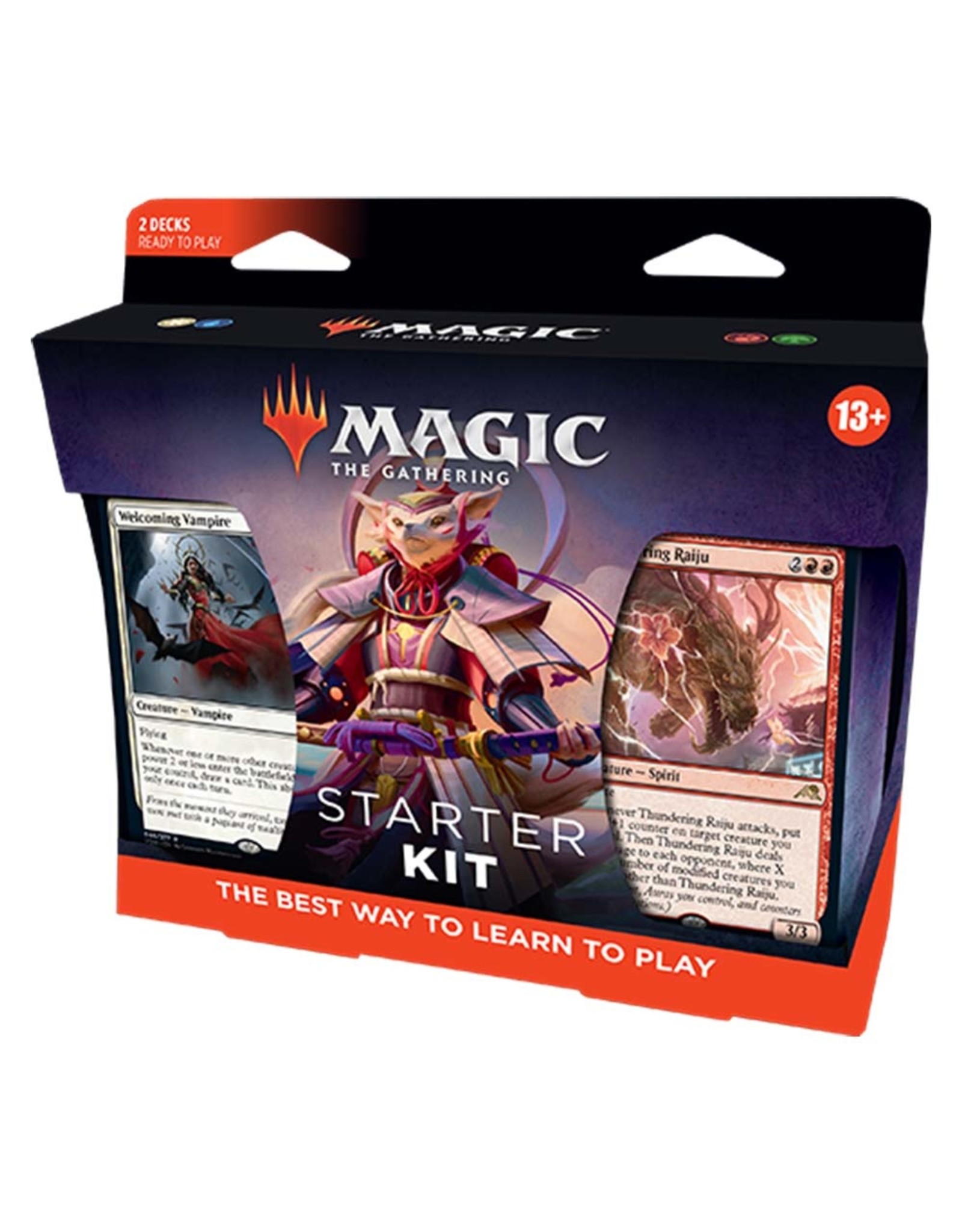 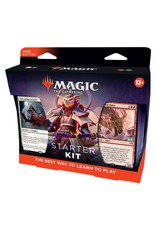 The Magic Arena Starter Kit has everything two players need to jump straight into battle.

In the Magic: The Gathering card game, you take on the role of a powerful mage, casting spells in
epic battles with your friends.

Learn how to play in person and online with two ready-to-play decks (each with 5 rare cards!) and
codes to play with a friend online in MTG Arena. The interactive online tutorial and included Play
Guide booklet will teach you the basics before you immerse yourself in a thrilling, strategic game
that’s never the same twice.
Both decks contain cards from multiple Magic sets, including: Streets of New Capenna, Kamigawa:
Neon Dynasty, Innistrad: Crimson Vow, and Innistrad: Midnight Hunt.