Deathwatch Mark of the Xenos

Home / Deathwatch Mark of the Xenos 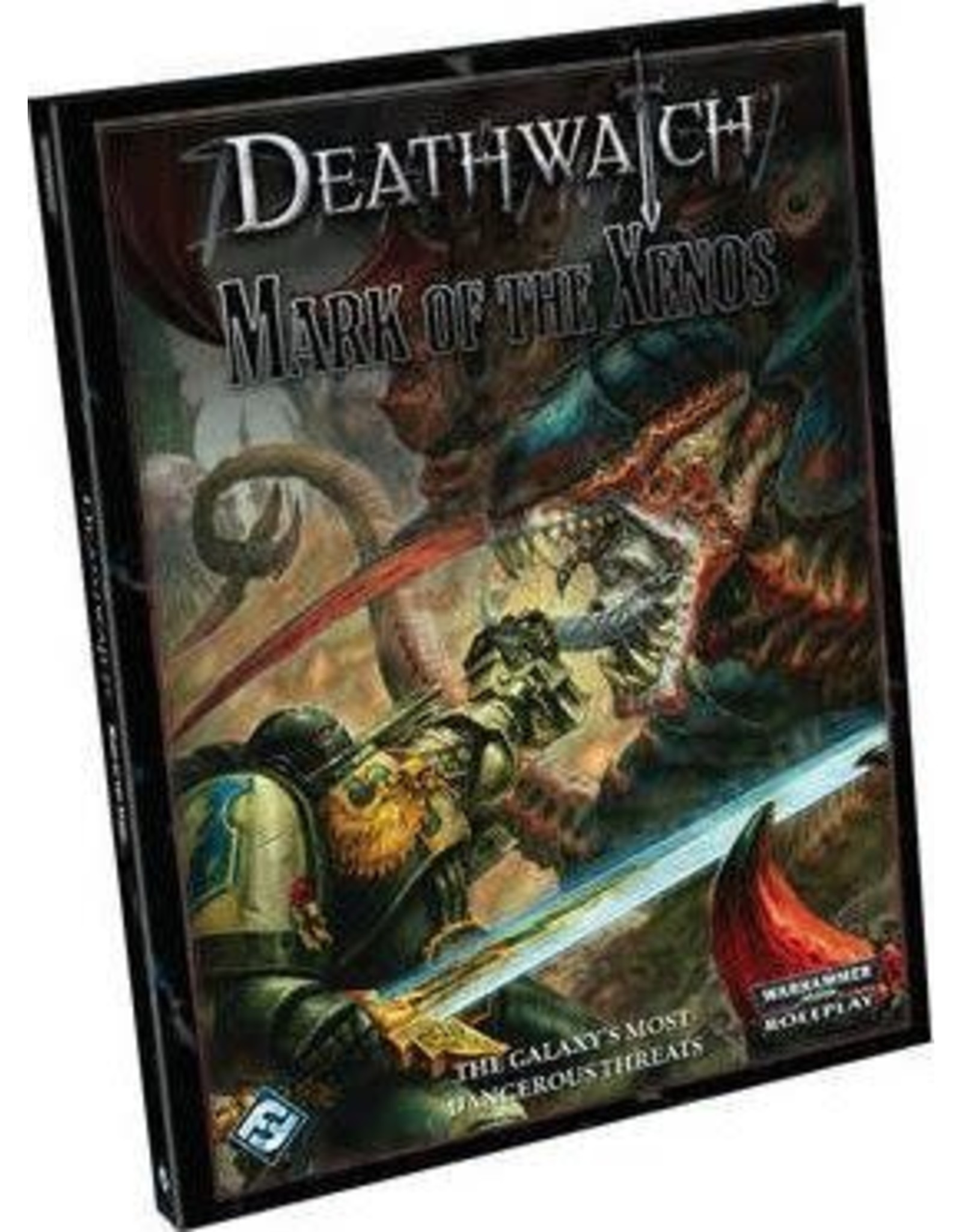 Purge the vile alien from the stars with bolt, shell, and flame! The Enemies of the Emperor are many... Aliens, Heretics, and Daemons scheme from the shadows to oppose the Imperium of Man, but the Space Marines of the Deathwatch are sworn to hunt down and destroy all enemies of the Emperor. Remain vigilant! Learn the nature of your foes, that you might better destroy them! Mark of the Xenos is an exciting new supplement for Deathwatch, the popular Warhammer 40,000 roleplaying game. Presenting a myriad of worthy challenges for any Space Marine (from the ravening Tyranid swarm to the sleek, technologically-advanced Tau, and many more), Mark of the Xenos serves as a bestiary of the monstrous enemies that lurk within the Jericho Reach and strike back against the forces of the Achilus Crusade. Game Masters will find a host of new foes designed to challenge Kill-teams, and players will gain knowledge of these adversaries, as well as guidance and counsel from notable members of the Deathwatch on how best to exterminate each threat. Mark of the Xenos even features new advanced rules for battling hordes of creatures in massive engagements.