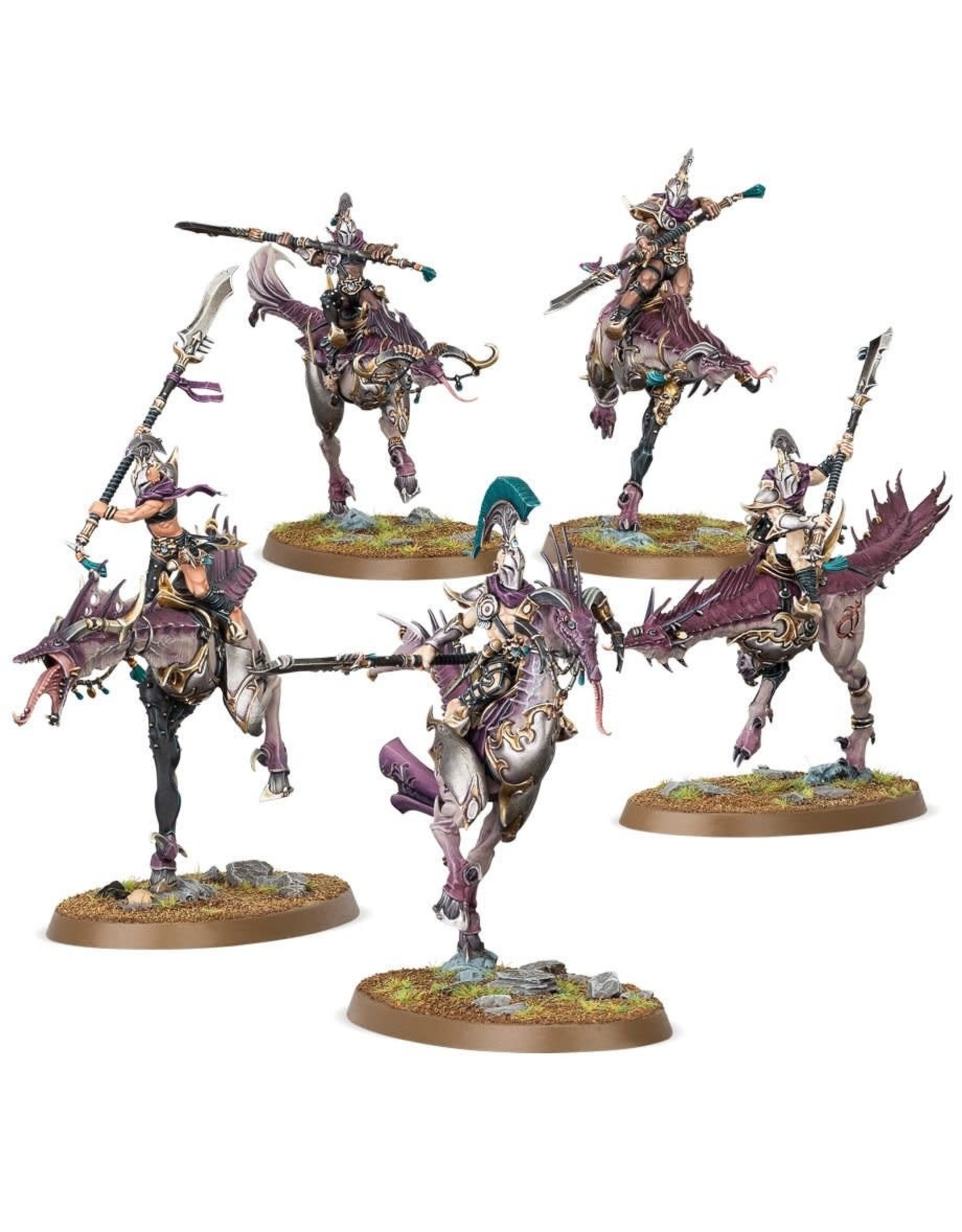 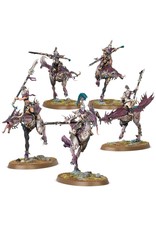 Slickblade Seekers believe themselves to be aristocrats of war, the chosen knights of the Dark Prince. They desire nothing more than to charge into the thickest portion of the fighting, their whistling glaives lashing out to neatly sever heads and limbs.

Sweep around the flanks of the enemy battleline with this hard-hitting light cavalry unit. With a speed that is all but unmatched, this unit is an exceptional choice for picking off isolated enemy units or vulnerable targets such as archers and artillery.

This kit comprises 114 plastic components, with which you can assemble five Slickblade Seeker miniatures (one of which can be the unit’s leader, a Hunter-Seeker) and comes supplied with five Citadel 75mm Oval Bases. Alternatively, you can build five Blissbarb Seekers.