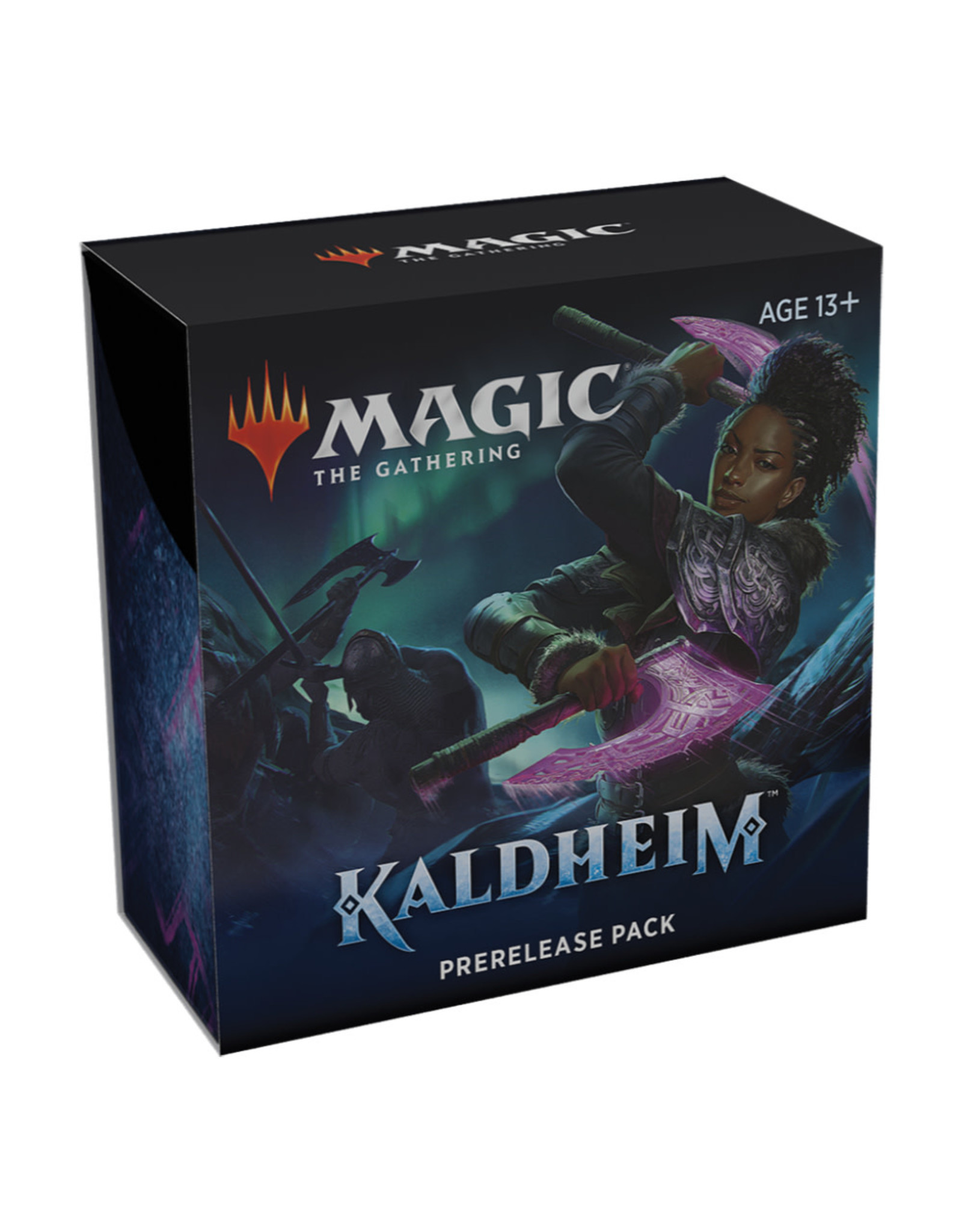 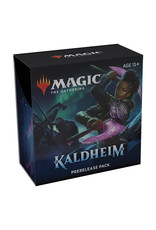 Kaldheim is a realm of, gods, monsters, and Norse-inspired elements. There is an adventure, but It's not an adventure set in the same way that Zendikar is. Here, people want to do epic feats in battle so they can be remembered in sagas told by their clans. While there are gods and heroes, as in Theros, it's a very different tone here. You're more likely to have a beer with a god on Kaldheim than worship them. Gods are more powerful than humans, but they are mortal here.

Prerelease events are an opportunity to play with the cards before they are widely available. Either in-store or via an At-Home event, you can join in the fun before the official release.