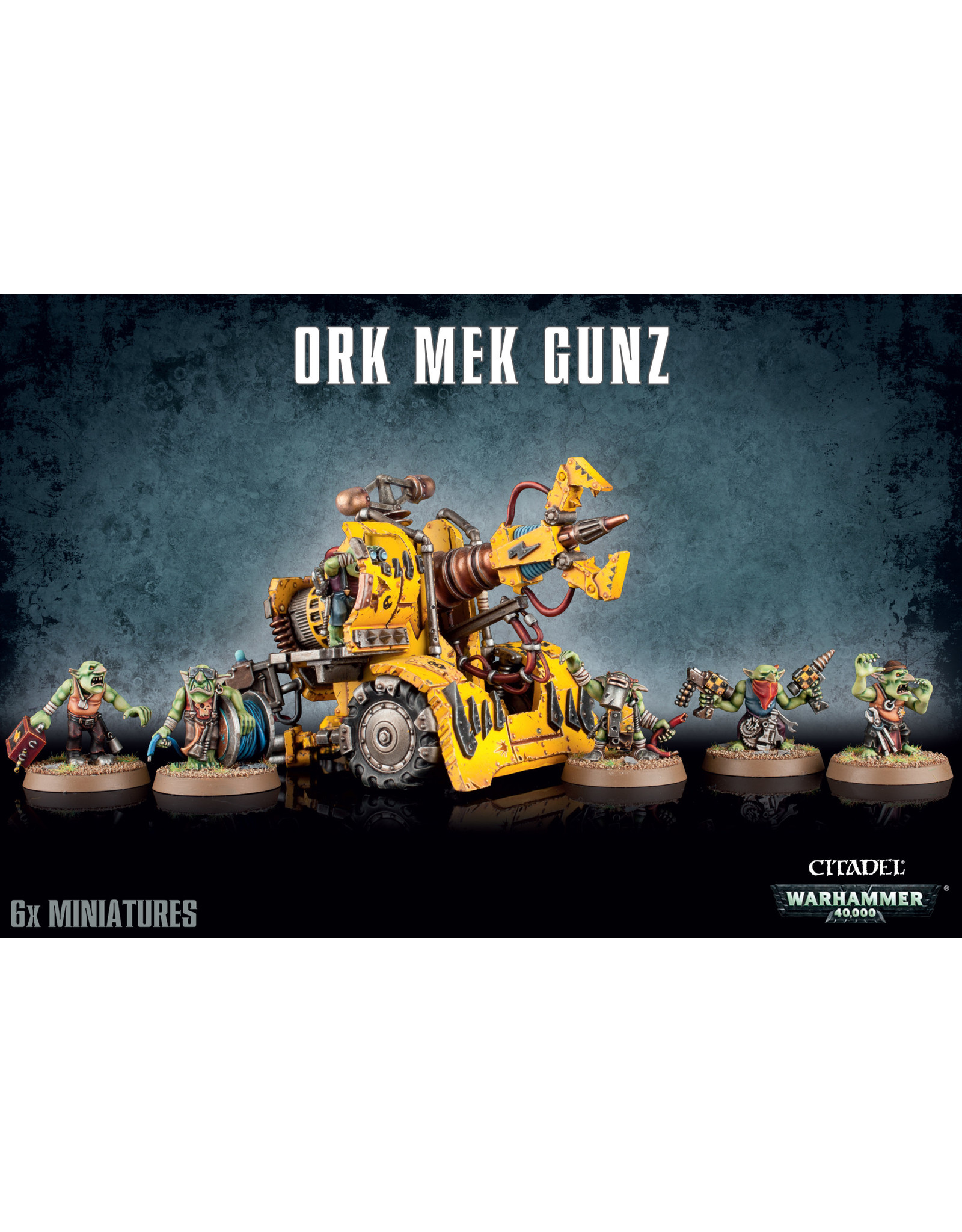 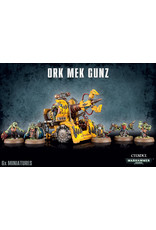 This multi-part plastic kit makes one of four possible Mek Gunz and has a six-strong grot crew. It can be assembled as a bubblechukka, a smasha gun, a traktor kannon or a kustom mega-kannon.

This big, clanky field gun has enough dakka to crush even the toughest of targets. Crewed by long-suffering grots, the Mek Gunz have heralded the end for many a hapless foe.

The bubblechukka generates clusters of force field bubbles that vary wildly in size and solidity, some like large balls that hit with all the force of a backhand slap, whilst others float down like small soap bubbles and burst with the strength of Gork himself.

Mek Gunz equipped with a traktor are the scourge of the skies. When the traktor kannon fires it’s thrumming beam of force high into the air, the grot crew swing this beam about wildly until they manage to latch the humming column onto an airborne target. Once snagged, their hapless victim is wrenched out of the air and smashed to bits on the ground below.

Crewed by long-suffering grots, Mek Gunz equipped with a Kustom Mega-kannon have heralded the end for many a hapless foe (and more than a few grots!). Capable of melting a hole through a Space Marine at twenty paces, but its deadly power comes at a grot-scorching price.