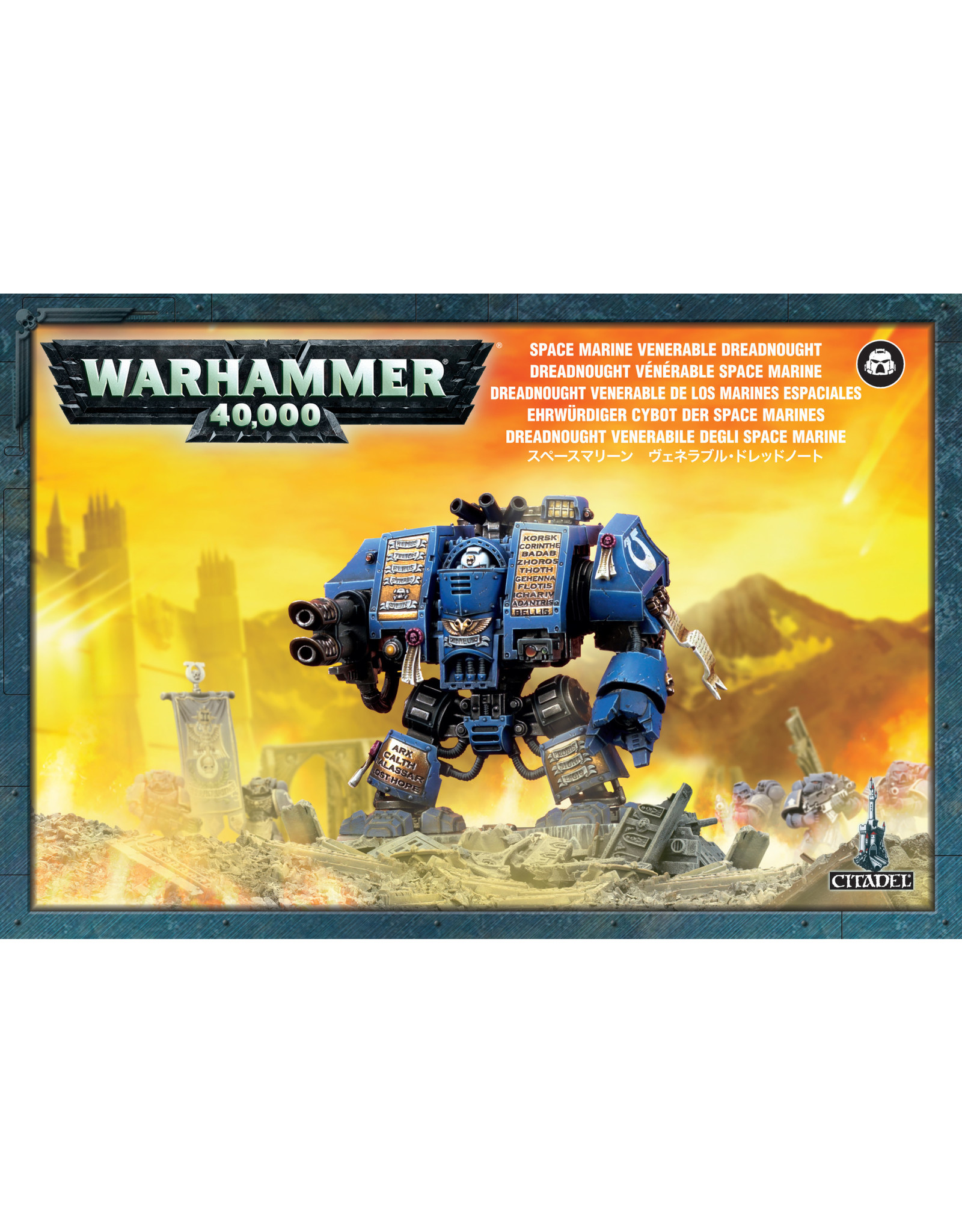 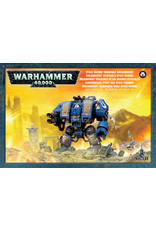 Standing three times the height of a man, these towering war machines bear powerful weapons and are as lethal at range as in close assault. A chapter's Dreadnoughts are treasured relics, only awoken in great need. Encased inside every Dreadnought lies a mighty Space Marine hero, who has suffered grievous wounds in battle, saved only by his internment. Venerable Dreadnoughts bring their wisdom to the Chapter in times of peace, and immense battlefield experience in times of war.