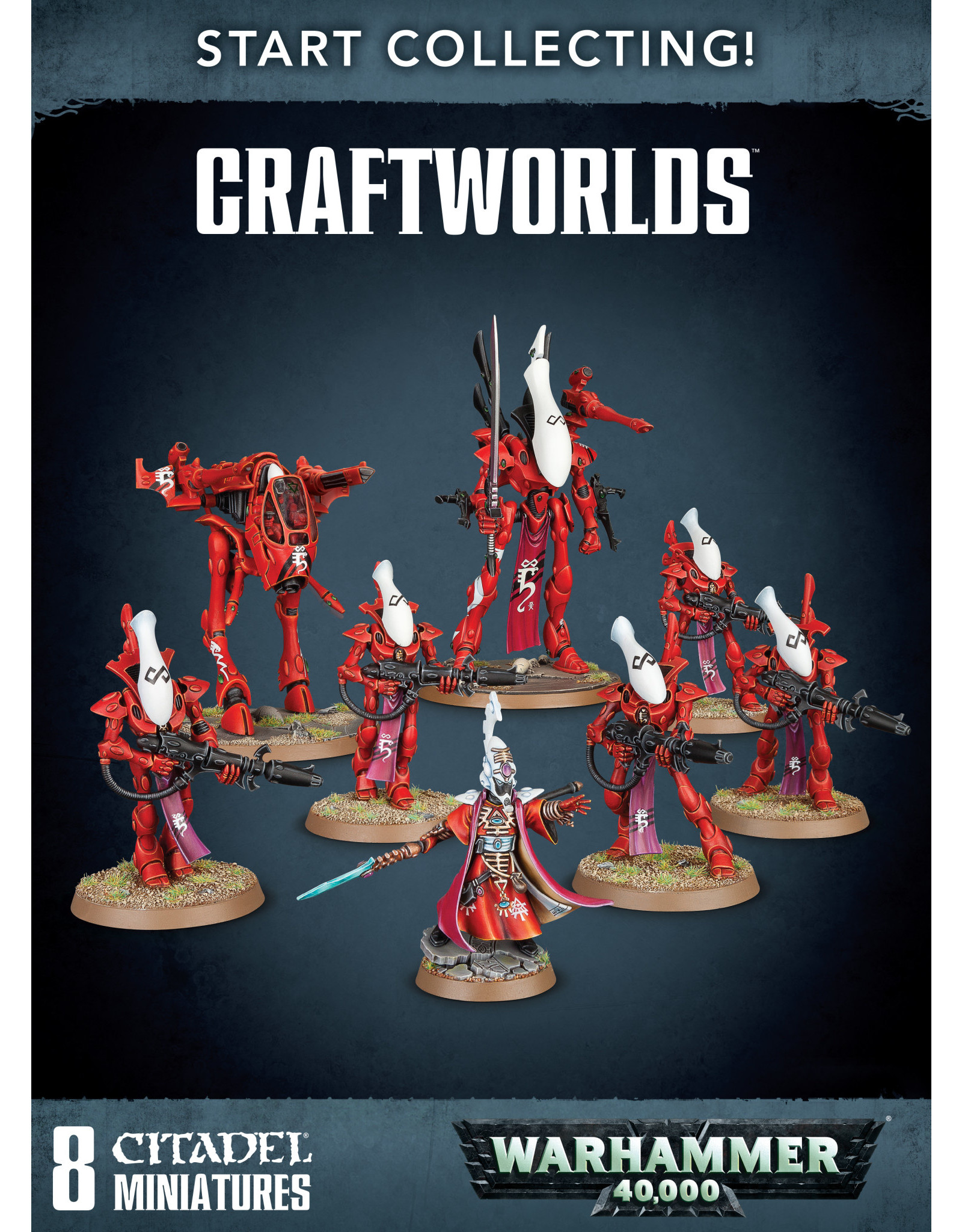 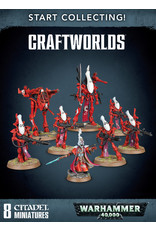 Though they once ruled the stars, the Aeldari brought about a terrible curse that shattered their empire forever. Crossing the galaxy on their vast world-ships, lead by the most powerful psykers in the universe, they rage hard against the dying of the light. Under the leadership of Farseers, psychics capable of planning thousands of years into the future with patience and confidence unmatched by any race, the Aeldari wish to see their empire burn brightly once more, illuminated by the glory of total war, before fate consigns them to dark oblivion.

This is a great-value box set that gives you an immediate collection of fantastic Aeldari miniatures, which you can assemble and use right away in games of Warhammer 40,000! You'll receive a Farseer, 5 Wraithguard (who can be optionally assembled as Wraithblades), a Wraithlord and a War Walker, along with 1 Aeldari transfer sheet.