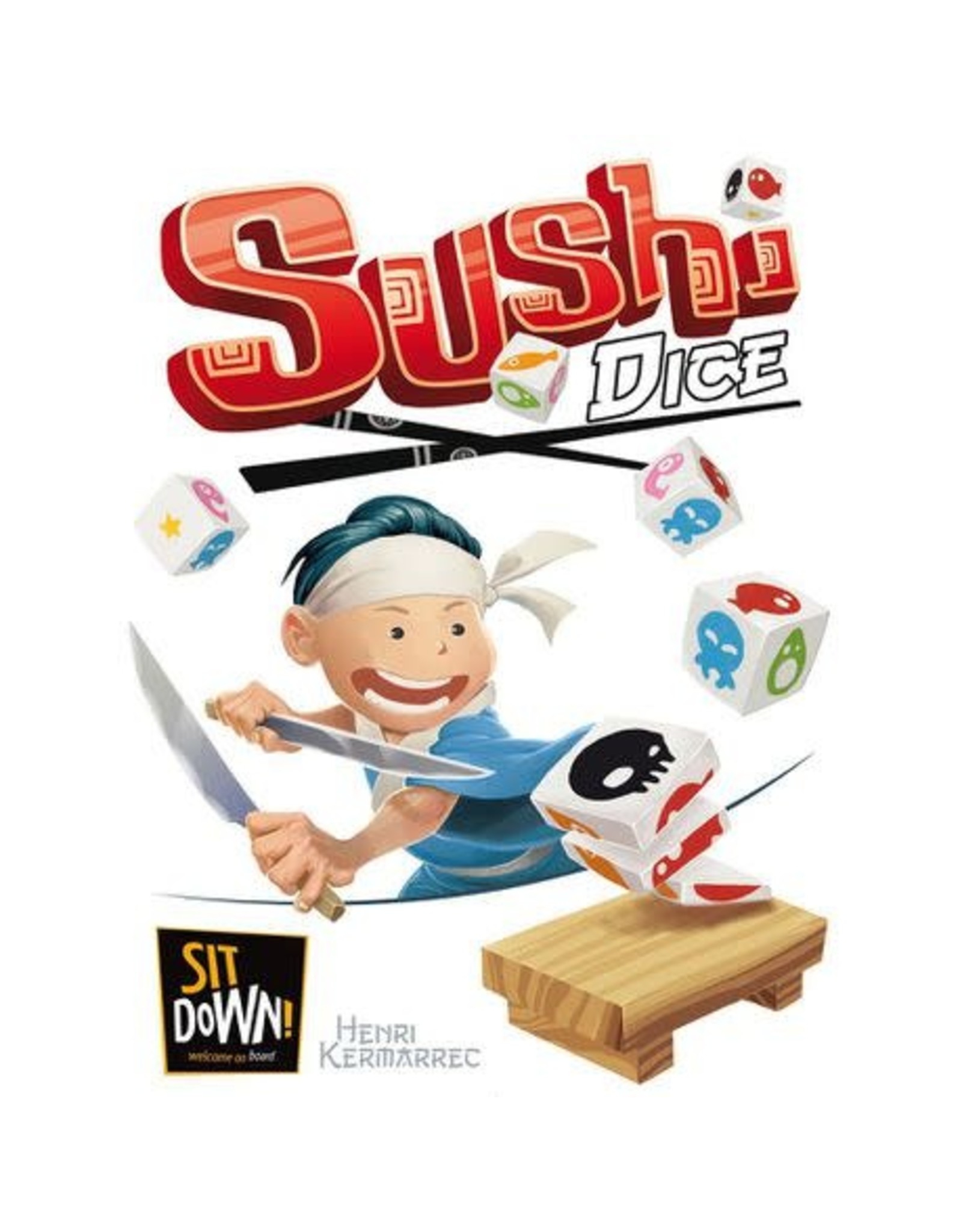 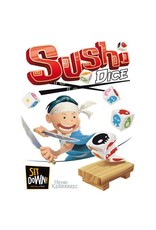 Sushi Dice is a quick-playing dice game in which players compete head-to-head to complete a sushi dish first, with the sides of the dice representing food used in the composition of sushi.

Each turn, three cards are revealed in the center of the table, and two players compete with six dice each, rolling the dice simultaneously and continually to try to match one of the dishes first. You can set aside any dice you want to keep, but if one of the players notices that his opponent has rolled a Yuck symbol (before the opponent can reroll it), then he can yell out "Yuck!" and force that player to reroll any dice she's set aside. If any non-active player notices that both players have a Yuck symbol at the same time, she can yell "Chop!" and that ends their turn immediately, with the dice passing to the next players.

Whoever completes a dish first keeps that card, and the first player to collect 4-6 cards (depending on the number of players) wins.