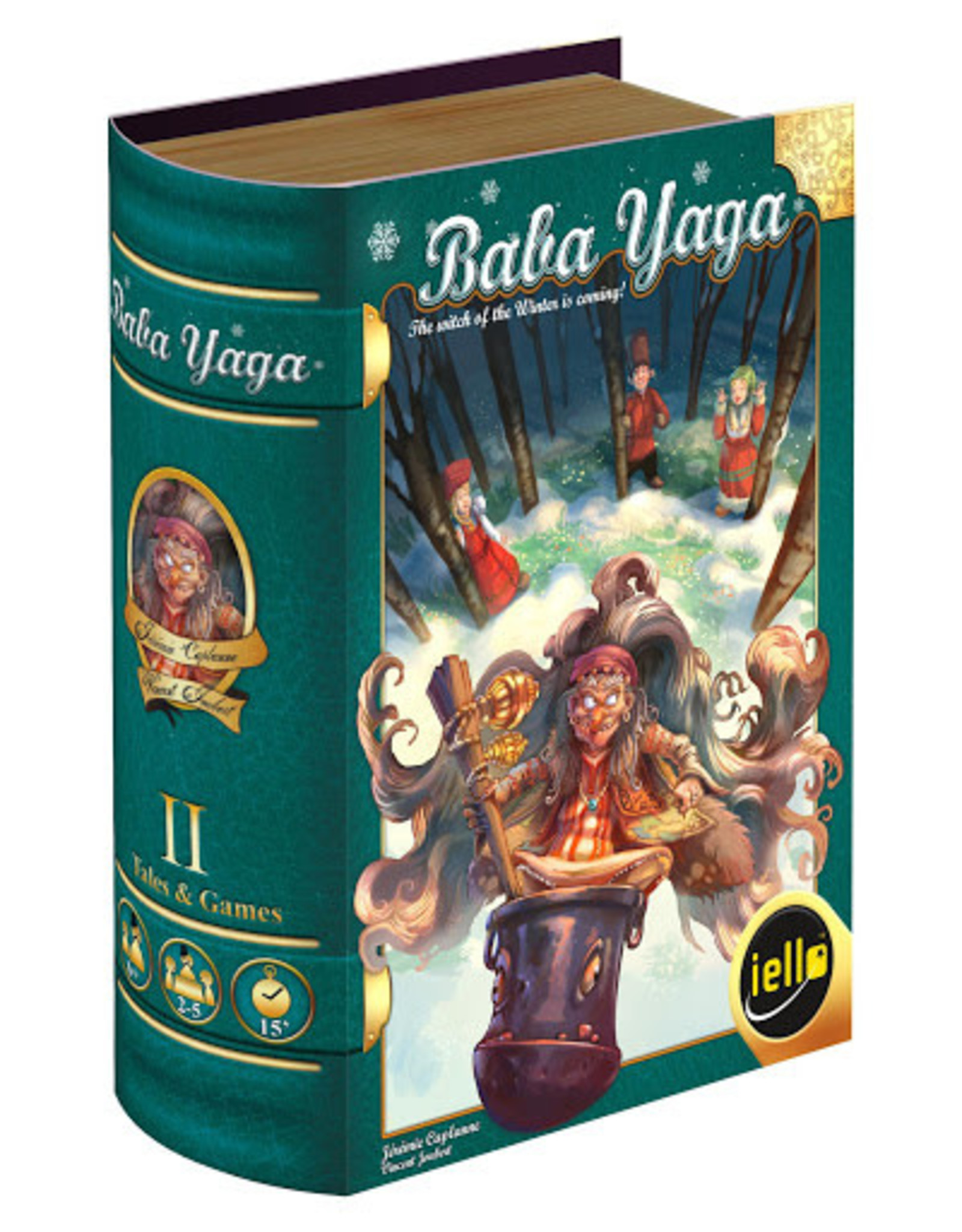 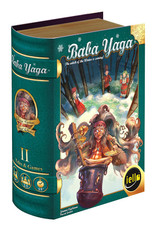 In Baba Yaga, you need to escape the claws of the hideous Baba Yaga. To do so, however, you need to collect the ingredients for your three spell cards, and to do that you need to search the forest while Baba Yaga searches for you.

To set up the game, place nine Baba Yaga tiles in a cross to form a flight path, then place the 16 ingredient tokens face down, with four tokens in each section of the cross. Each player starts the game with three spell cards, which must remain hidden. On a turn, the active player reveals her top spell card, which shows four ingredients, then starts searching for these ingredients in the forest, turning over tiles one by one with a single hand and hiding those she doesn't need. While she does this, the other players take turns moving the Baba Yaga figurine one step at a time along one branch of the flight path, then back. If Baba Yaga completes a circuit before the player finds the ingredients, she must place her spell card on the bottom of her stack; if she finds the ingredients, however, she gets to cast the spell on the card, lengthening or shortening the flight path, swapping the location of ingredients, requiring fewer ingredients next time, forcing an opponent to play in a distorted position, and so on. The first player to complete her three spells wins!

Baba Yaga includes variants for younger players, more experienced players, and those who want the chicken-legged house to be constantly on the move. In the two-player game, the single opponent does all the moving of Baba Yaga, but must swap hands with each move, keeping the inactive hand on her head.