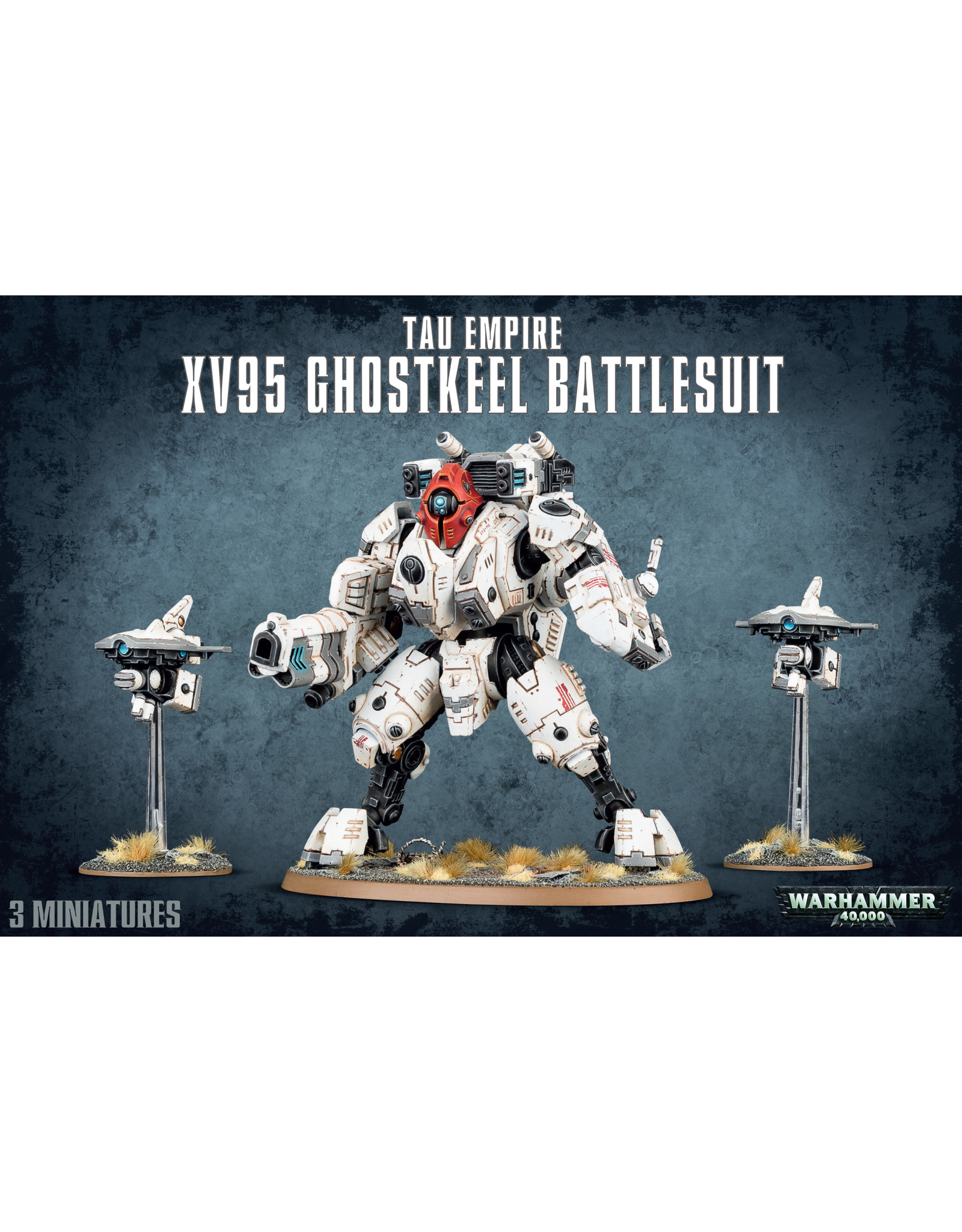 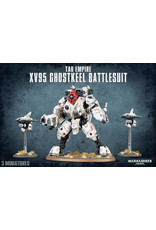 A huge, deadly and nigh-undetectable weapon of impressive killing capacity, the XV95 Ghostkeel Battlesuit is a formidable display of T'au war technology. Piloted by a single, hand-picked T'au warrior, a lone Ghostkeel is capable of appearing from seemingly nowhere, unleashing a storm of incredible firepower with its fusion collider and disappearing into the mayhem and confusion of battle. This battlesuit bristles with a vast array of advanced countermeasures, making it invisible to enemy sensors - weapons simply refuse to lock-on and the few that manage to loose off a shot are baffled by a spectacular display of flares and electronic countermeasures.

This multi-part plastic kit gives you everything needed to build one XV95 Ghostkeel Battlesuit. This miniature has a truly awesome array of modelling and posing options - arms, legs, head, engines and thrusters can all be set to different poses, and there are two different heads supplied - the head can be raised and the chest opened to reveal a male or female pilot! As well as this, you'll receive two burst cannons, two fusion blasters, two flamers, a fusion collider, a cyclic ion raker and two XV5 stealth drone field projectors. Offensively and defensively, this battlesuit is armed to the teeth!

116 components are included in total, with a Citadel 105mm Oval base.