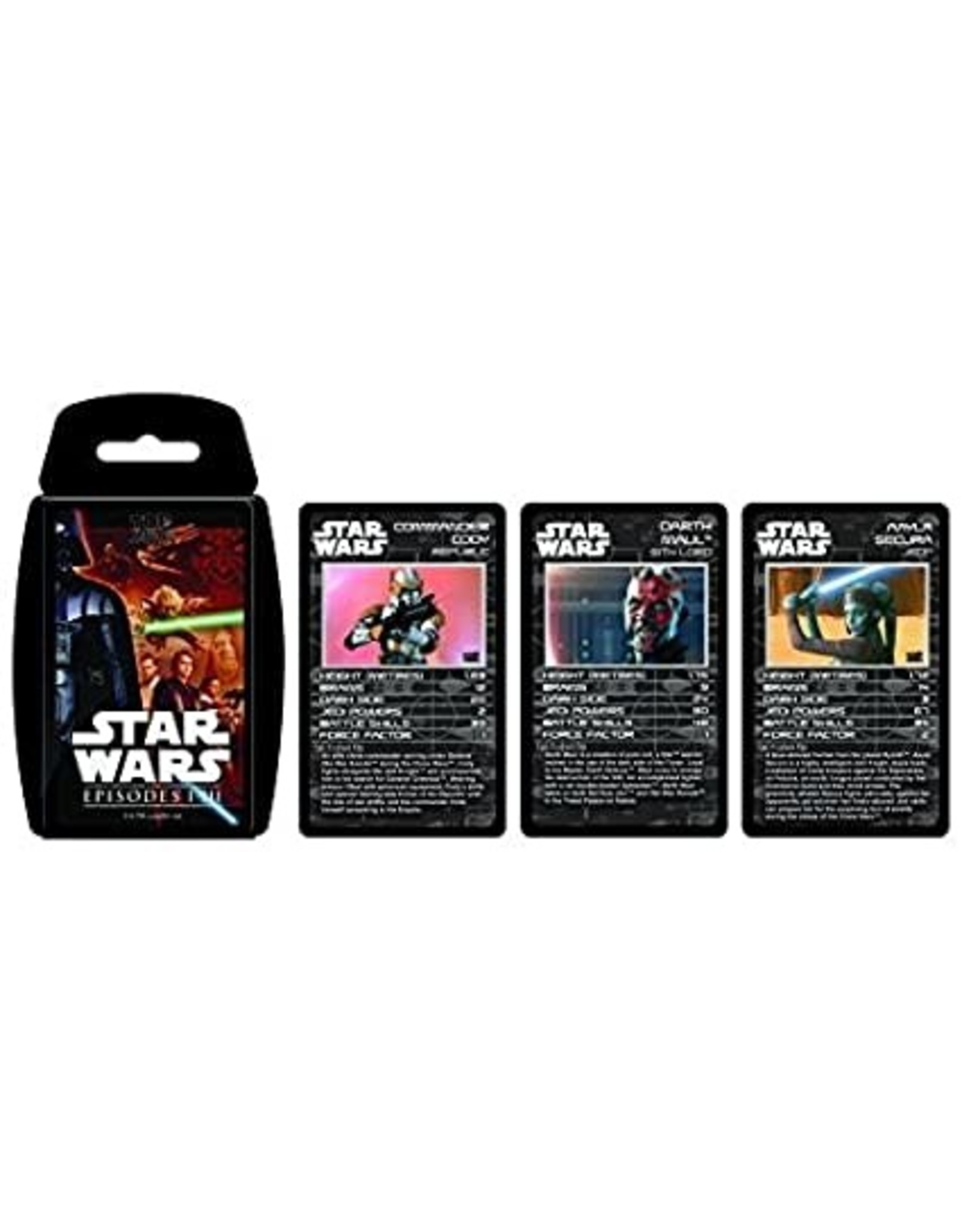 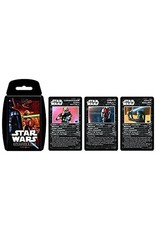 Top Trumps Star Wars Episode 1-3 features some of the great characters from Episodes 1-3 and is a must have for any Star Wares fan. This game is played by comparing stats and collecting all the cards.

All the cards are dealt among the players. There must be at least two players, and at least one card for each player. The starting player, normally the player sitting on the dealer's left, selects a category from his or her topmost card and reads out its value.

Each other player then reads out the value of the same category from their cards. The best, usually the largest, value wins the trick, and the winner takes all the cards of the trick and places them at the bottom of his or her pile. That player then looks at their new topmost card, and chooses the category for the next round.