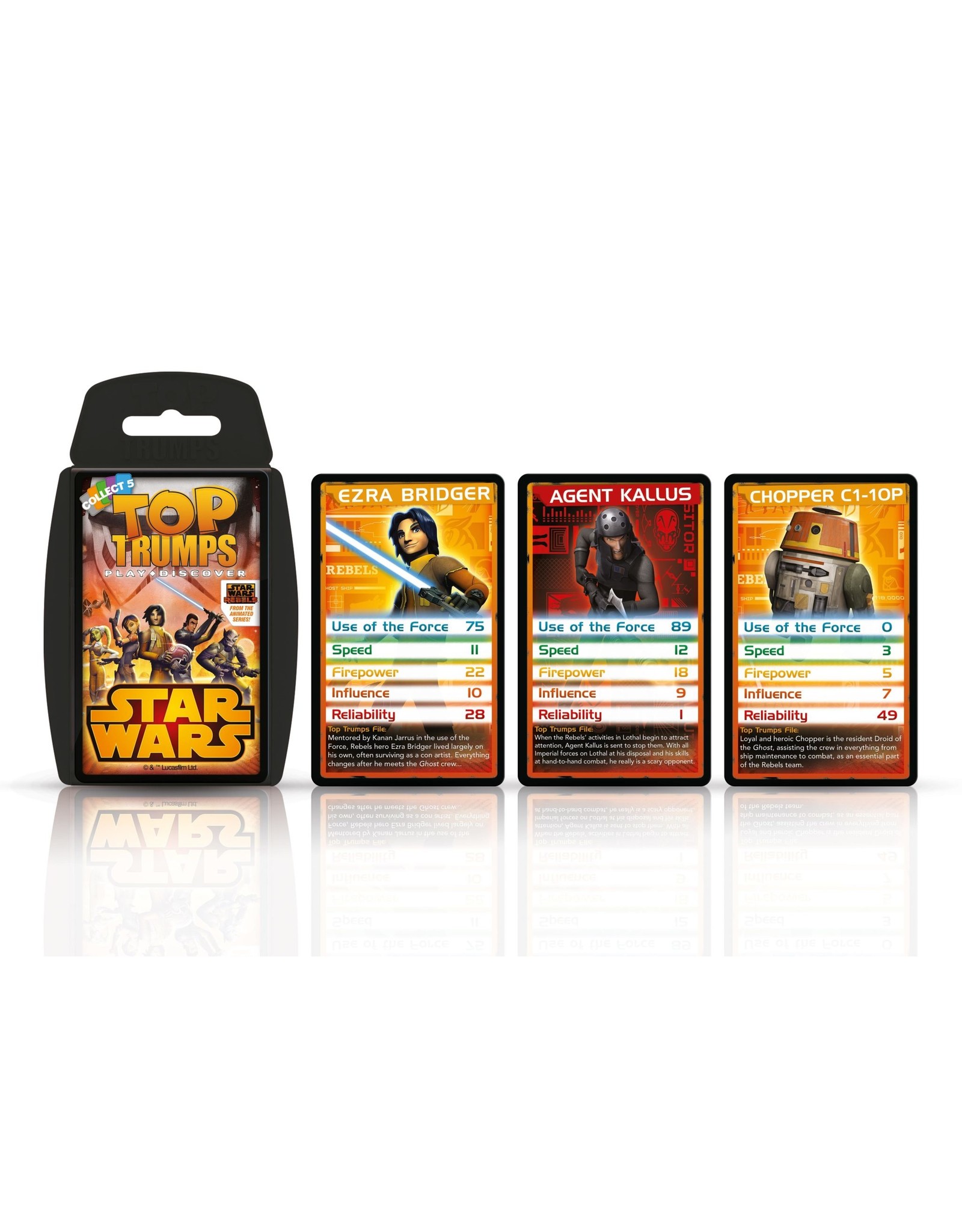 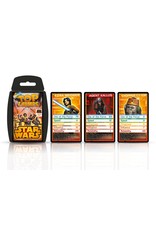 Top Trumps packs in all the action from Star Wars Rebels. During the age of the Empire, Ezra Bridger grew up unaware of his potential; relying on his street smarts and unable to foresee the drastic changes coming his way, Ezra meets Kanan Jarrus along the way, who will train him to use the Force and join the undercover rebellion that operates underground to overthrow the Empire. But will Kanan, Sabine, Hera and the rest of the rebels that make up the Ghost crew be strong enough to fight back against the almighty Empire? Or will the Imperial Army, led by the devious Inquisitor, get its way to rule over Lothal?