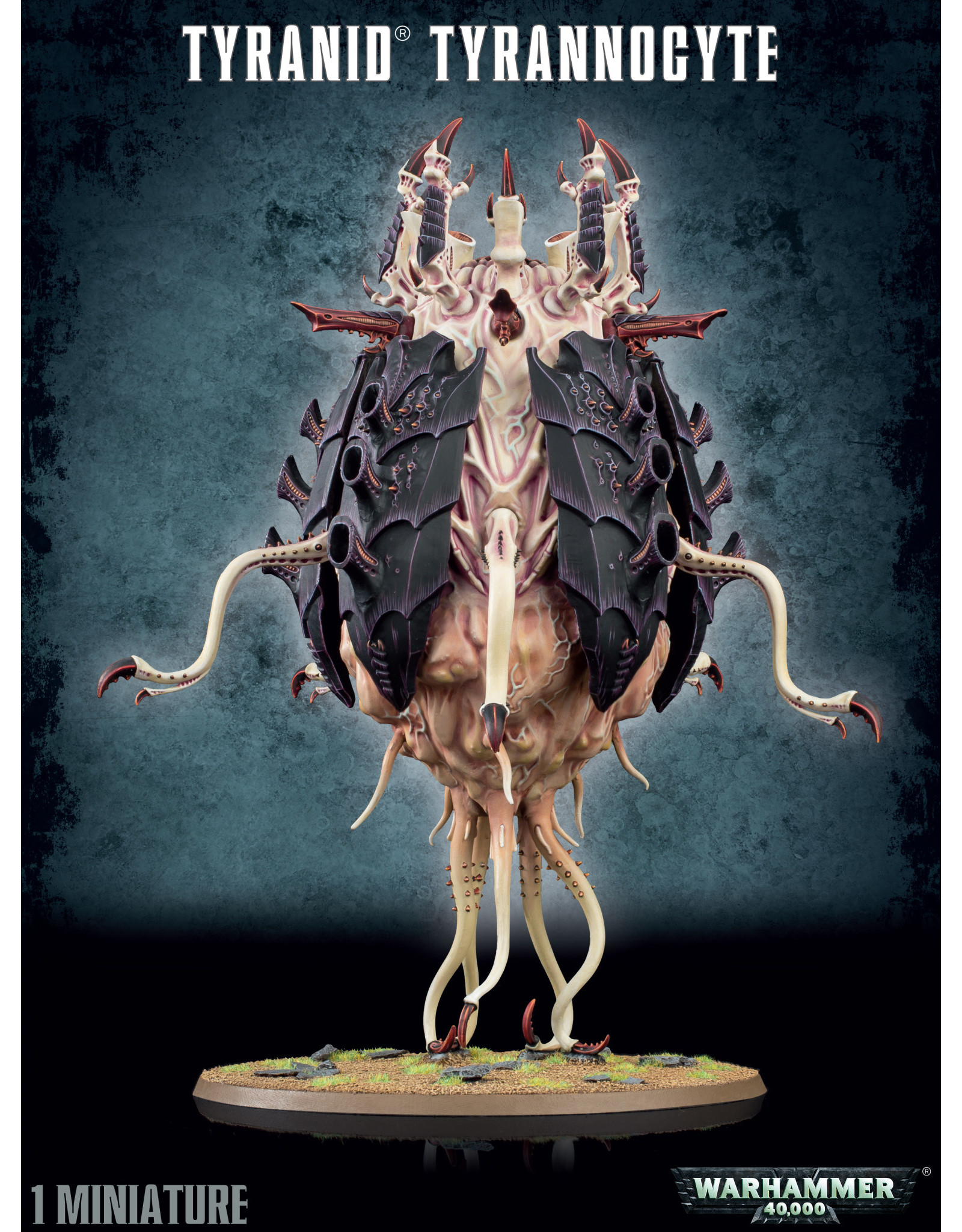 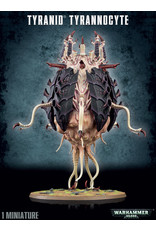 Spat from the quivering orifices of hive ships in low orbit, the Tyrannocyte thunders through tortured skies to slam into the surface of its target world. The impact causes its gravid belly to split, disgorging the host of Tyranids that dwell inside.

This 124-piece plastic kit makes one Tyrannocyte. The armoured carapace can be modelled closed to the body or open to act as an airbrake as the Tyrannocyte makes planetfall. It is armed with five deathspitters which can be replaced by barbed stranglers or venom cannons.

When a Sporocyst has made planetfall, it will spread its chitinous shell and burrow into the ground like a tick in unprotected flesh. Once embedded, the Sporocyst coughs out clouds of polluting microorganisms that denature the planet’s atmosphere until the air is ripe for digestion.

Mucolid Spores move swiftly through the air, exploding with lethal force once they close with their target - making them a deadly obstruction for enemy flyers.