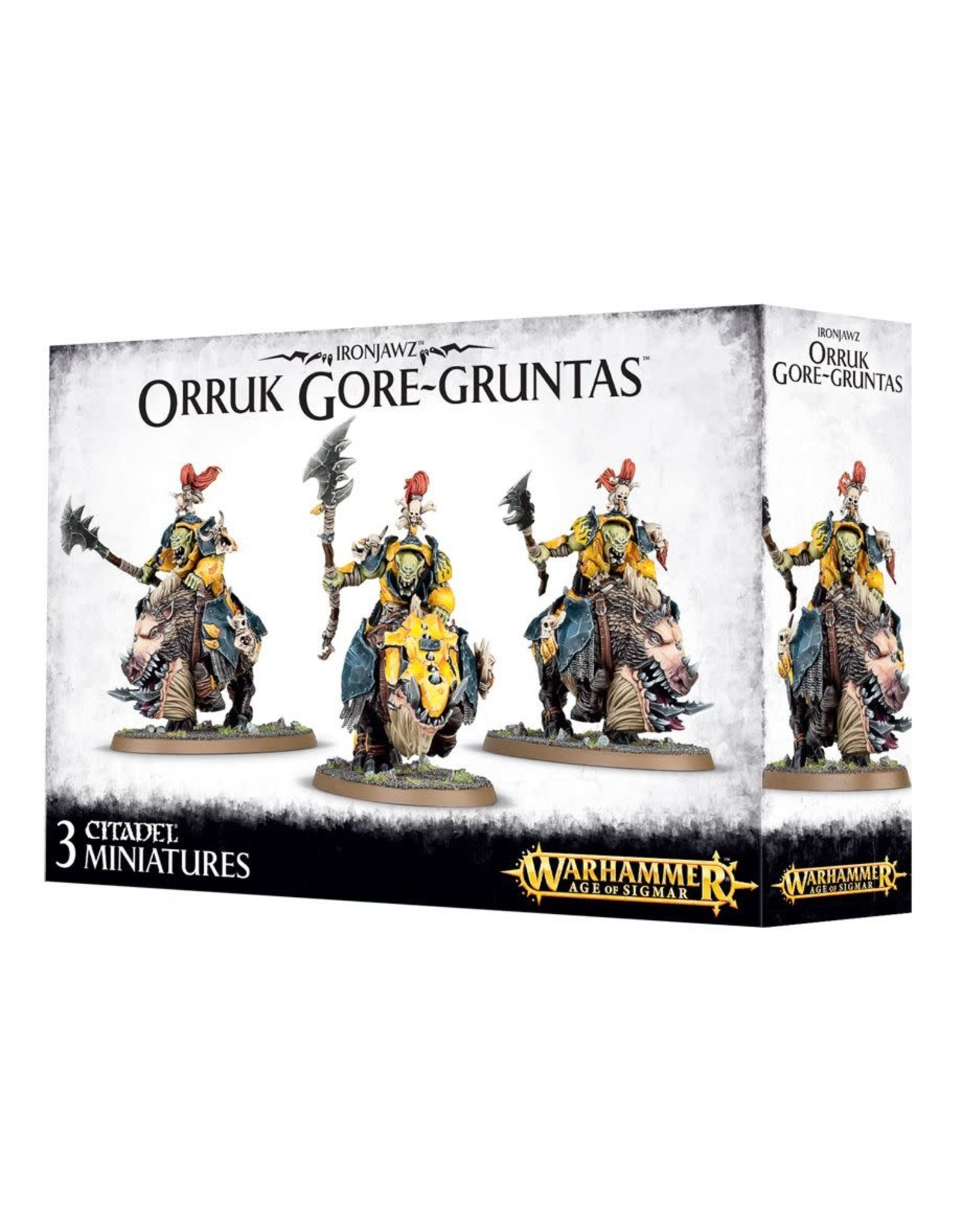 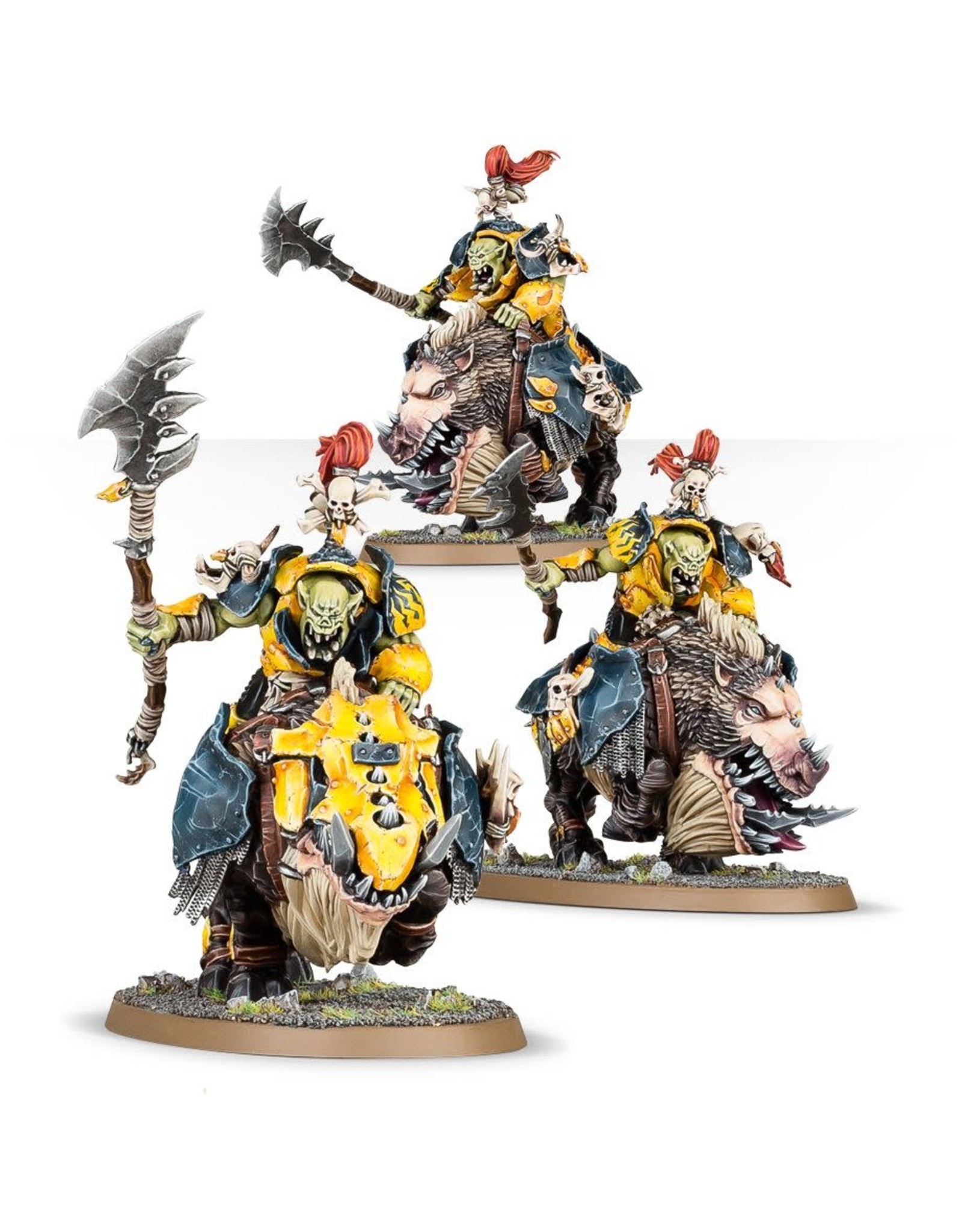 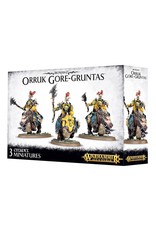 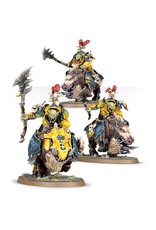 Enormous, foul-tempered porcine beasts of a strength and fury that even orruks respect, gruntas trample down all but the biggest foe, devouring the remains and noisily smashing apart everything in their path – much to the vivid delight of the Ironjawz who bounce gleefully upon their somewhat interestingly-fragranced backs. Gruntas will cheerfully and greedily eat anything, including iron (the result of devouring people wearing it, more often than not.) This undigested metal is harvested by orruks for use as weapons and armour, and called pig-iron. A well-timed charge of Gore-gruntas can easily smash apart an enemy army in a riot of stomping hooves, piercing tusks and unpleasant smells.