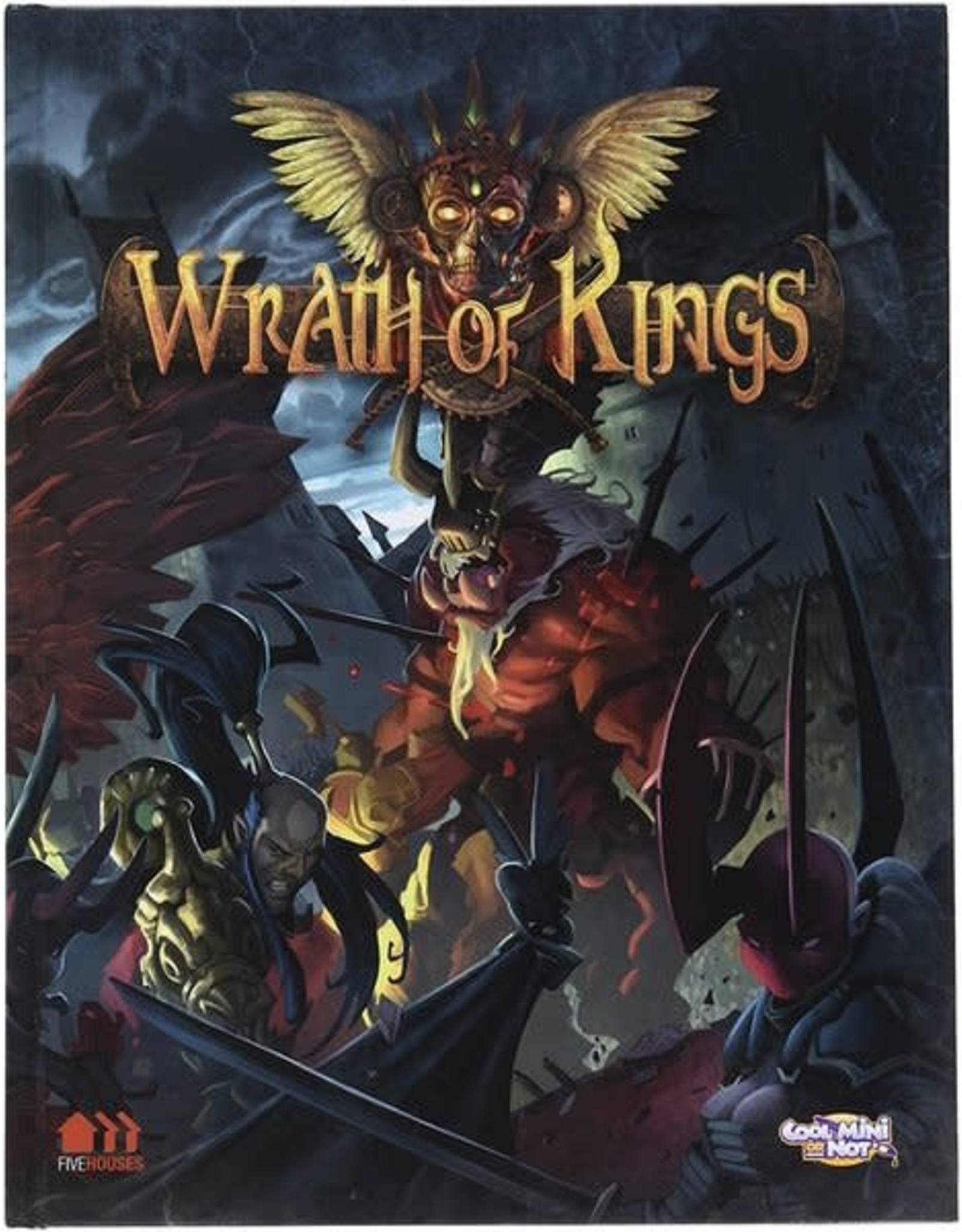 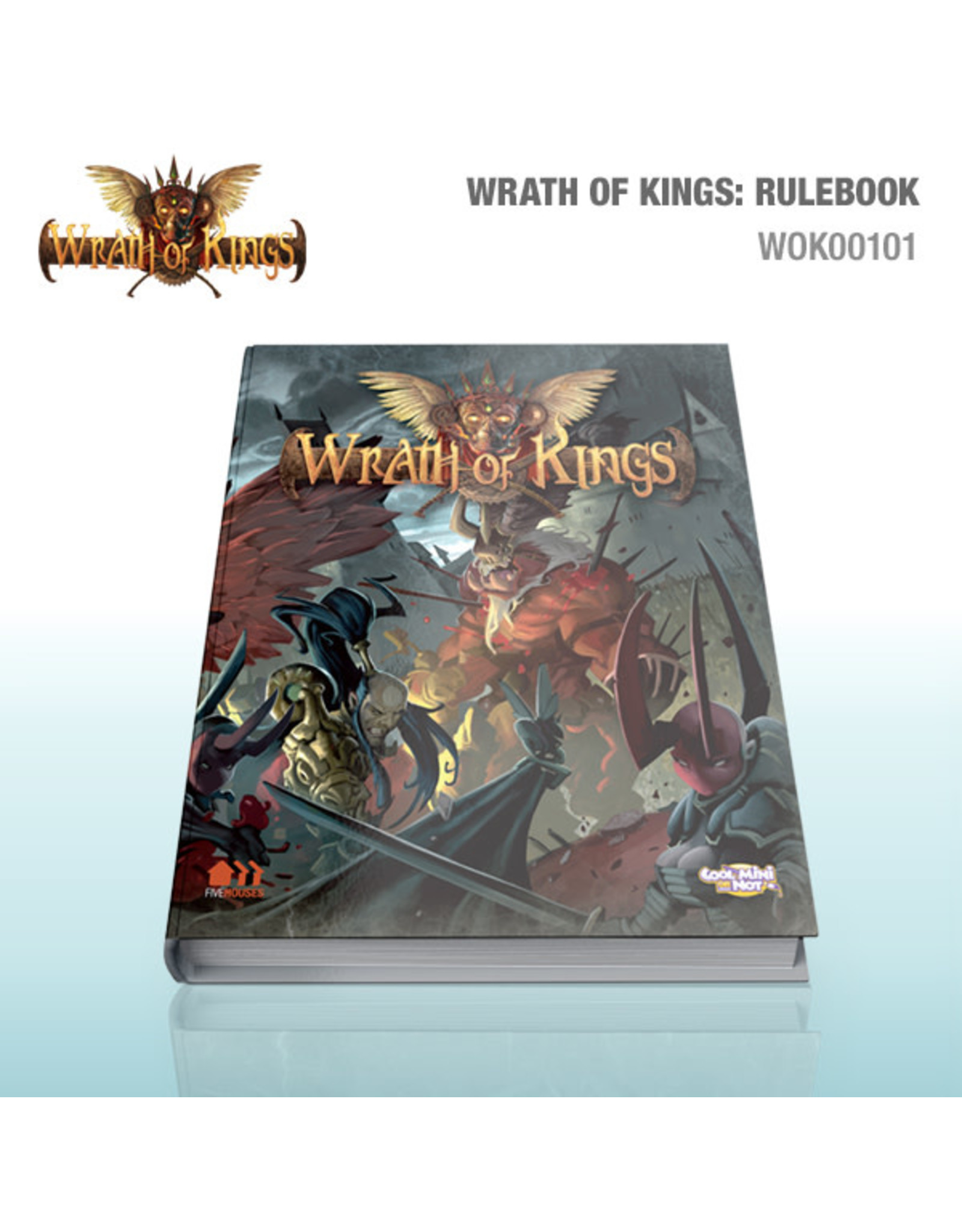 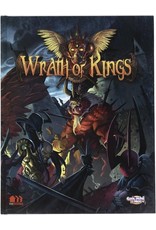 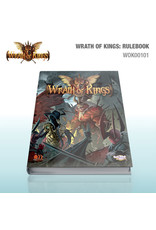 Wrath of Kings is a miniatures war game, where players take command of the armies of on of the five kingdoms of Arikania! Scalable from 10 to 50 models per side, now you can vie for the throne of the Ancient King!

"With a unique one roll resolution system and an active chain of command, you'll feel like you're actually in charge of an army without being bogged down in tedious tracking. Combat is fast, fluid, furious and tactical - your decisions will matter on the battlefield!"

There are five initial factions:

The armies of Teknes are some of the most well rounded troops. They are able to move from a defensive posture to attack in the blink of an eye. Both the Union Workers and Defender Linemen punish their enemies for attacking them. Their specialists and characters often employ lightning and magical wards to bolster their own defensive lines. No army attacks Teknes battle lines without expecting heavy casualties.

The Shael Han fighting style is a mystery to all of their enemies and for good reason. The Legionaries are some of the weakest troops on the field by themselves, however whenever they are close by a specialist they become a force to reckon with. The Wrath led by their Big Sister are experts in engaging more than one enemy at a time. The true strength of any Shael Han army are their specialists, vulnerable by themselves but extremely powerful when working together they can cause a symphony of destruction on any battlefield.

Nasier love nothing more than to see their enemies wither in their path. The Nasier Ashmen charge is legendary and few enemies have ever lived to tell the tale. They’re often supported by the Pelagarth who revel in combat and despite their lack of armor, cause more casualties then they take. The specialists of Nasier prefer to use flames to punish their enemies. One of the most aggressive armies, their zeal for reinstating the Efrenti presence leads them to wrought destruction throughout the continent.

As the most defensive army in the game, Hadross units become stronger both offensively and defensively as the game progresses. With each Deepmen lost, enemy models receive Resonate markers, which makes them easier to kill. Meanwhile the slower yet deadlier Sevridan keep enemy units from fleeing the battlefield. The Hadross specialists enhance the battlefield adding water elements to increase movement.

Combining the fastest movement in the game with some of the strongest attacks Goritsi prefer hit and run tactics to conventional warfare. Players can employ the blazing speed of the Skorza to flank their enemies while their lethal Zeti hold the line. The terrible Blood Engine consumes the flesh of his enemies to heal his wounds. If you prefer high mobility armies and attacking first, Goritsi is the army for you.

The models are in plastic, with weapons in polystyrene so that they keep nice straight edges on spear shafts, handles, and large sword blades etc.